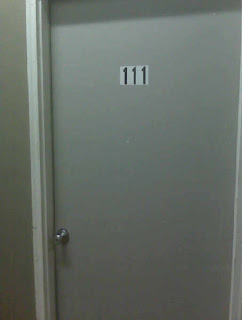 I went to my first art opening tonight in a long while - actually, two of them.  First, I stopped by ASK, the Arts Society of Kingston, which, incidentally, I just joined.  More on that later.  The second stop was The Shirt Factory, also in Kingston.  They were two very different events, although I felt the same at both of them.  Pretty much the same as I've ever felt at an art opening.  What do I say?  Who can I talk to?  Will anyone talk to me?  Why are they looking at me?  Why aren't they looking at me?  It seems like all my insecurities come out at art openings, which is likely why I've avoided them all these years.  Good thing I didn't actually have any work on any of these shows - I'd have had some sort of attack for sure.

I desperately want to get over this.  I want art just to be something I do.  A fact.  I don't want it to be this scary looming monster that might bite my head off and stab me in the heart.  That's what it still is, to some extent and I need to take that power away - take my power back.  I need to go to an art opening and be relaxed - like I am lying on the sofa doing a crossword puzzle or taking the dog for a walk.  I want it to be mundane.  Easy.  Boring.  Banal.  Friendly, even.  It isn't.  Not yet.  This is practice.  I put myself in a scary situation and will repeatedly do so in the hopes that if I do it enough times, it will become familiar enough that - well... what?  I don't know, but I want it to become, at the very least, familiar and not foreign.  (Truthfully, I think a little fright is probably a good thing, but not so much that it keeps me away.)

I joined ASK for much the same reason - so that art becomes fact for me.  I will attend openings and shows there.  I will show there.  I will meet other artists and like-minded people there, or at least I hope I will.  A few years ago when I opened my own business, I joined my local Chamber of Commerce not knowing thing one about being in business, but knowing somehow that a Chamber membership would be good for my business growth.  It was.  I have similar hopes for my membership in ASK.